The london Bicycle tour Company was founded by Robert Graham in 1991. It was London`s first ever bike tour. Many competitors have since come and gone, but we have remained as London's premier bike tour operation. Since our inception 21 years ago, we've seen over 100,000 happy customers take a guided bike tour with us.
We have six different tour routes covering all different parts of London, the great city that it is. We offer guided tours in seven different languages, 364 days per year.
We also have the largest fleet of privately owned rental bikes in London, including a selection of male and female hybrids, city bikes, kid's bikes, tandems, Mountain bikes and folding bicycles. There's something for everyone.
In 1999 we started the London bicycle Repair Shop, which services the bikes of local commuters, and is a highly regarded business with a large customer base.
Read the ad
Write review
Print
Technical support for web applications 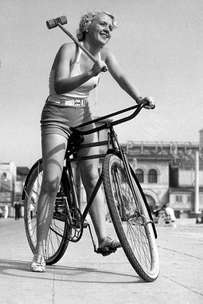